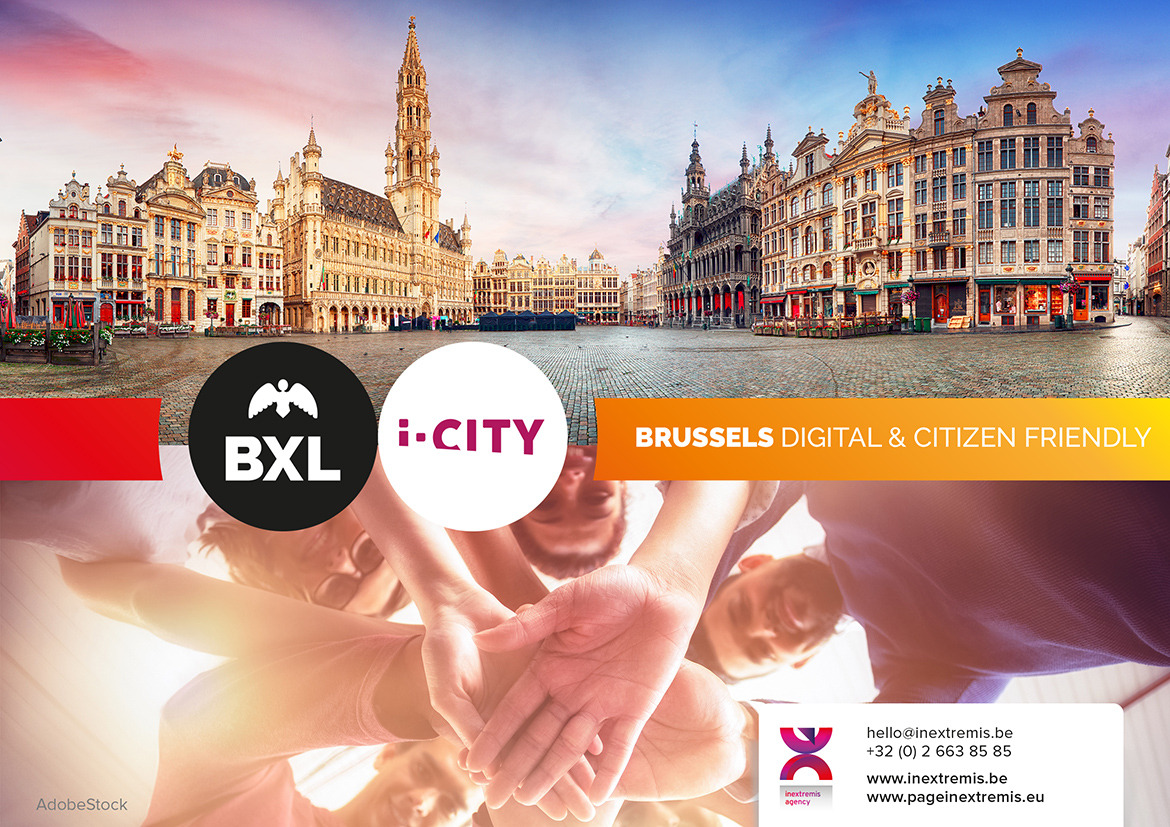 gial set up many years ago by the city of brussels

GIAL set up many years ago by the City of Brussels has just been renamed into i-CITY.

This is to highlight the fact that the association is no longer oriented “local administrations” as its origin but “City of Brussels”, a City (City) in its IT dimension (“i-”) with a high (high) level in its responses to the needs of citizens and users of the City, its administration and its elected officials.

The relationship between the association and the City is highlighted in the new logo that combines BXL and i-CITY, in the new slogan Brussels digital & citizen friendly, in his photographic style with the use of images of the City of Brussels in its material and, in its website (which uses as a sub-domain address Brucity, i-city.brucity.be).

i-CITY is getting ready to imagine the solutions and services of tomorrow for a digital Brussels, to allow all citizens simple, reliable and competitive access to the digital services of the City, and to sustain the City of Brussels in the realisation of its projects from conceptualisation to the implementation.

i-CITY has entrusted the branding agency, Page in extremis with the mission to guide the Brussels association in their rebranding process and the implementation of their new visual identity.

Page in extremis has over 25 years of experience in guiding organisations on the road to defining and articulating their uniqueness. The multidisciplinary communication agency team translates your organisation core idea into brilliant and adequate visual systems.

Based in Brussels, the communication agency Page in extremis can help you define the essence of your brand and formulate its differences in a very positive relationship with its environment and all its stakeholders.

“Brands are not passive. They do not merely appear. They are about action. Doing something. Choosing something. Believing something. They motivate people to buy. To choose. To vote. To commit. To recommend. To connect” Sartain, Libby in Brand From the Inside: Eight Essentials to Emotionally Connect Your Employees to Your Business.

Stay in tune with our latest works on our branding blog

Remain in contact with our latest agency work on branding, digital and classic media via the Page in extremis blogs: