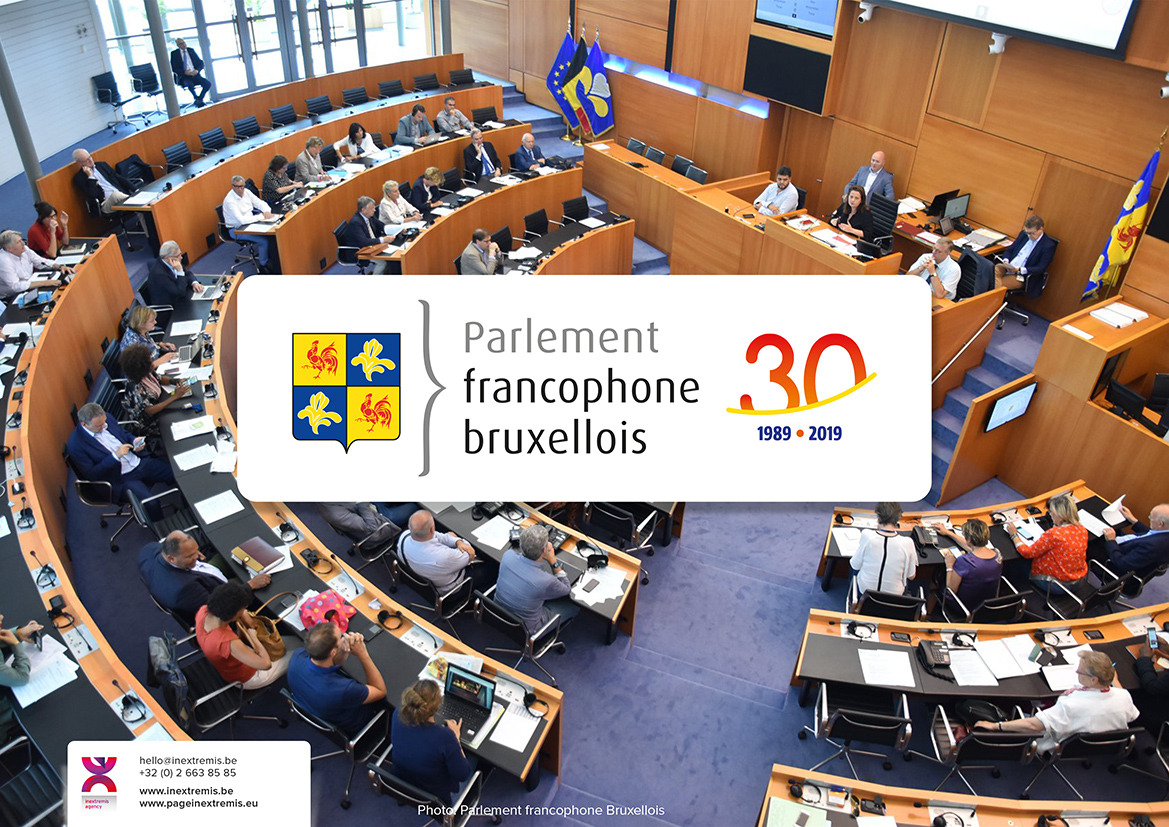 When it was created in 1831, Belgium was organised into a unitary but decentralised state: all powers were concentrated at the level of the national state, which discharged a certain number of powers over subordinate communities, namely the provinces and municipalities; the autonomy of these was controlled by the central authority.

The transition from a unitary state to a federal state took place in different stages and was the subject of six institutional reforms.

The decrees have equal power to the laws in matters which concern in particular the assistance to the people, the health and the vocational training, as well as to the international treaties or agreements of cooperation concluded in these domains.

The scope of the decrees and regulations voted by the French-speaking Brussels Parliament is limited in the territory of the Brussels-Capital Region to institutions which, because of their organisation, are considered to be unilingual French.

To mark its 30th anniversary, the French-speaking Brussels Parliament has entrusted the communication agency Page in extremis with the creation of a logo that will be used throughout the year.

The collaboration between the French-speaking Brussels Parliament and the Page in extremis began twelve years ago, in 2006.

The creative team of the communications agency is very proud to establish and maintain exceptionally long-lasting relationships with the vast majority of its clients. This demonstrates the consistent quality of the agency’s services and the profound dedication of all its collaborators.

Based in Brussels, the communication agency Page in extremis can help you define the essence of your brand and formulate its differences in a very positive relationship with its environment and all its stakeholders.

“The brand strategy is the brand’s road map to success. It identifies who we are travelling with, where we are going, why it matters and what is required” Hitchens, Paul in Brand Management In A Week: How To Be A Successful Brand Manager In Seven Simple Steps.

Stay in tune with our latest works on our branding blog

Remain in contact with our latest agency work on branding, digital and classic media via the Page in extremis blogs: